An elevated dual carriageway, 9.4 kilometers long, from the entrance of the new tunnel at Scenic Hill, Chek Lap Kok to the new artificial island at the Hong Kong / China international water boundary.

ASL produced and laid over 110,000 tonnes of materials, the majority of which was laid in less than 4 months to a tight construction programme.

ASL were responsible for the thermoplastic line markings on this project, their first major works of this nature. Asphalt Surfaces were also responsible for other sections of the overall project including the Southern Portion of the Immigration island to the east of Chek Lap Kok.

The Bridge was eventually opened to traffic in November 2018. 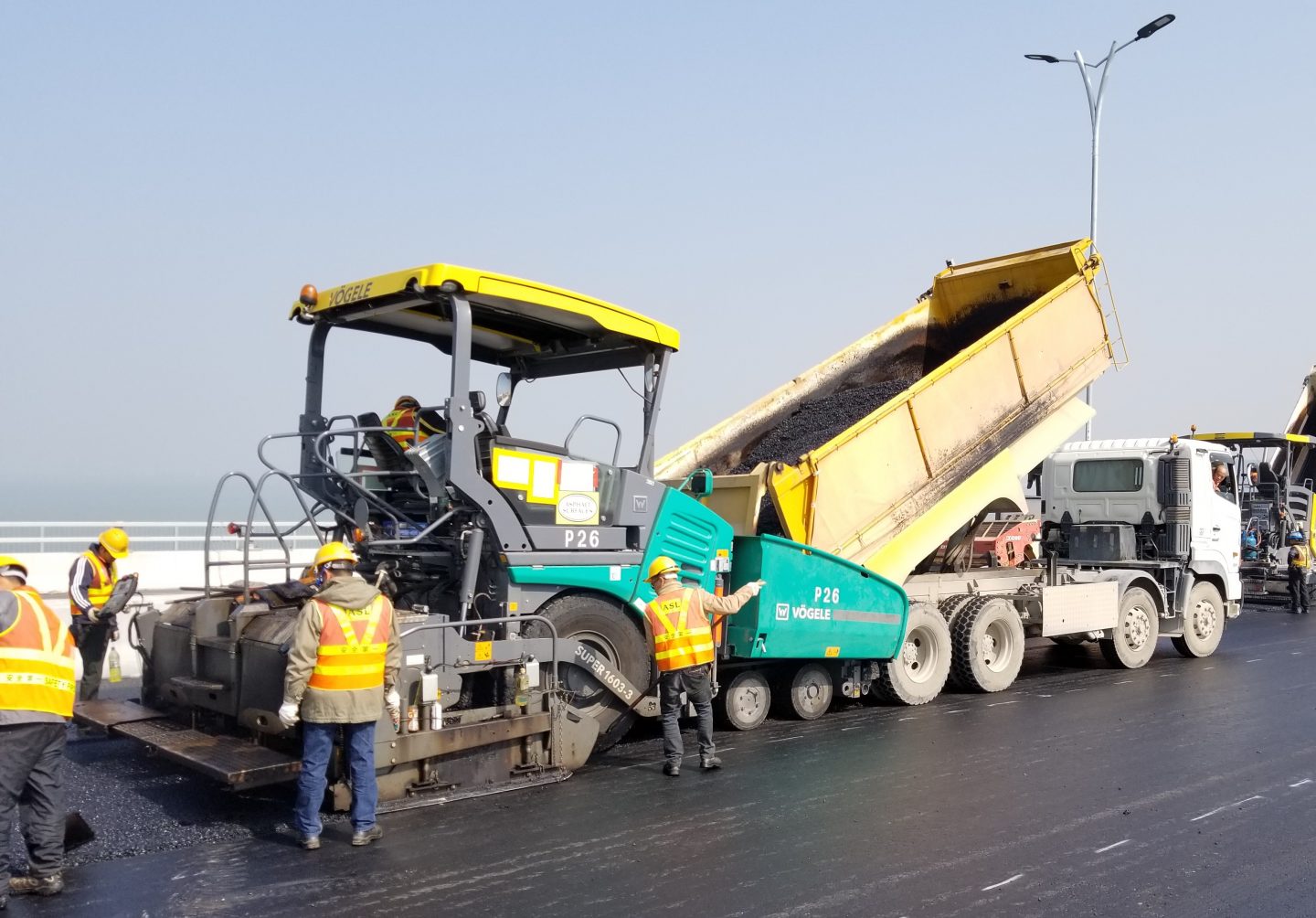 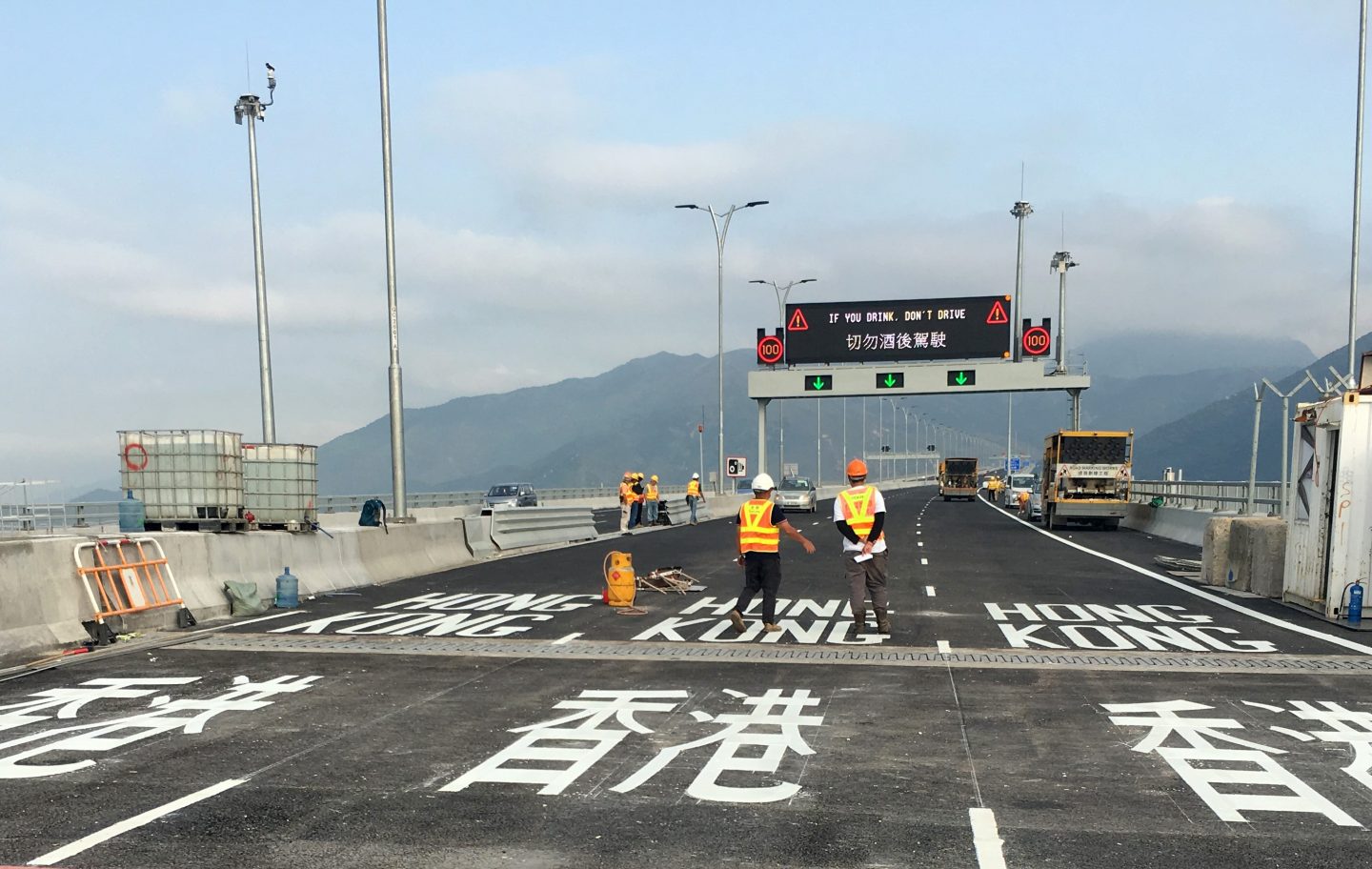 Let’s talk about how we can help you.